COTSWOLDS DAY TRIP FROM LONDON IN A PRIVATE CAR AND DRIVER 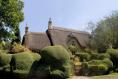 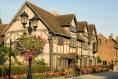 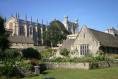 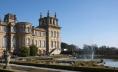 CREATE YOUR OWN TOURS, WE ARE HERE TO HELP YOU
E-MAIL NOW

Choose your locations to visit, or if you need any help planning your itinerary, we are here to help, provide us with your interests we will make a tailor made itinerary for you so you get the most out of your day.

It is your private tour, we are very flexible with the tours and pick up times, and can pick you up any time of the day.

After your tour we are happy to drop you anywhere in Central London such as Theatre or a restaurant etc.

Windsor Castle is situated above the River Thames on a hill and has a royal history that dates back over 900 years. Monarchs have continuously made Windsor Castle their home right back to William the Conqueror up to the present day with Queen Elizabeth II.
At Windsor Castle, the largest continuously occupied castle in the world, you will be able to view the famous Queen Mary's Doll House, the state apartments, view the royal collections, and St. Georges Chapel.

Windsor is also famous for its traditional shops, market and pubs. If you do not wish to visit the castle Eton College is just a walk away across the bridge, which has had many famous students including Prince William, Prince Harry and many others including David Cameron. You can also wander around the town, view the castle from the outside and take the leisurely river cruise

Stonehenge the most famous prehistoric monument in the world and a World Heritage site dated back to nearly 5,000 years ago. This monument has remained a mystery since its construction thousands of years ago.To this day we are not sure how Stonehenge was built or what it was used for.

It could be a temple of the Druids of Celtic religion, a cemetery from the Bronze Age, an observatory of the moon or even an astronomical clock.
The surrounding landscape is also fascinating. It contains huge prehistoric monuments, stretching over several kilometres like the Avenue and the Cursus, massive earthwork enclosures like Durrington Walls and the North Kite, and hundreds of burial mounds.

Here you will be able to see the Roman Baths with their natural hot springs, the Pump House, Abbey and beautiful Pulteney Bridge. Today Bath is a thriving city, and a haven for shoppers, with shops ranging from Antique shops to designer shops.

This tour will have you visiting Britain's most famous universities, acknowledged worldwide for its infamous standards set for their students and for the exceptional skill level which their students leave with when they graduate. During your tour in oxford you will generally gravitate to the universities and spend the majority of our time around the universities.

Oxford, renowned for its famous prestigious university, however oxford isn't just a one trick pony, there are other things which you can spend your time visiting, such as: The Museum of History of Science, The Bodleian Library, The Radcliffe Camera and more. Nonetheless, the main attraction at oxford is undoubtedly the university, the university has 39 colleges spread throughout oxford city, but all the main ones are gathered together in the centre of the city, the main college being The Great Hall at Christ Church College where you can visit part of the Harry porter shooting.

The beautiful Blenheim palace, originally a gift from Queen Anne to John Churchill the first Duke of Marlborough. He was gifted this palace after his victory in the Battle of Blenheim, which took place in 1704. Now it's home tothe 11th Duke and Duchess of Marlborough, Blenheim palace was also the birthplace of Sir Winston Churchill. Blenheim's beautifully beatific palace is located in Woodstock. The landscape, including formal gardens, brown landscaped park land and the great lake are all features worth of remark. Within the palace itself you can find exquisite treasures and craftsmanship which is the result of 300 years of collection.

We now carry on our journey through the picturesque countryside passing through the riverside village of Burton-on-the –Water and Stow-on-the-Wold towards our final point of the tour Stratford-upon-Avon, William Shakespeare's home town.A market town, with Cosy cottages and more than 800 years of history sits alongside the river Avon.

William Shakespeare, considered to be the greatest playwright of all times, was born in Stratford-upon-Avon in 1564. His father was a glove maker and wool merchant and his mother was the daughter of a land owner. He married Anne Hathaway on November 28,1582. After having three children he left his family and Stratford-upon-Avon behind to head for the bright lights of London to make his fame and fortune as an actor and playwright.

Shakespeare birth place has been welcoming visitors for over 250 years and offers a glimpse of Shakespeare early life. This is the place where he was born, grew up and spent the early years of his married life. You will also be able to visit Anne Hathaway's cottage, Nash's House and New place and Shakespeare's burial place in the chancel of Holy Trinity Church. 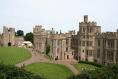 The first castle to appear on the site was a wooden motte and bailey constructed in 1068 by William the Conqueror. The Castle was gradually rebuilt in stone throughout the middle ages. Warwick Castle has remained under the stewardship of the Earls of Warwick and the Grenville family as a private home until 1978.

Richard Neville, 16th Earl of Warwick, known as the Kingmaker, was the wealthiest and most powerful English peer of his time. His manipulation in the Royal family led to the famous War of the Roses, which was eventually won by the Tudors.

William Shakespeare used Warwick Castle as a inspiration from many of his plays and he wrote seven plays on the War of the Roses.

At the time of the Norman Conquest, Bampton was one of the three largest settlements in the county. It had an important salt works and an early market. The town enjoyed amazing prosperity in the early Middle ages. The village of Bampton was used for filming outdoor scenes of Downton Abbey, most notably St. Mary's Church and the library, which serves as the entrance to the cottage hospital.

Burford is a medieval town on the River Windrush in the Cotswold hills in West Oxfordshire, England. It is often referred to as the 'gateway' to the Cotswolds.

A picturesque and the most visited village in Cotswold. The Main attraction is Arlington Row cottages, were built in 1380 as a monastic wool store. This was converted into a row of cottages for weavers in the seventeenth century. Arlington Row is a popular visitor attraction, probably one of the most photographed Cotswold scenes.

This popular village is often referred to as the 'Venice of the Cotswolds' because of the attractive little bridges that cross the gently flowing River Windrush, which runs through the centre of the village. Stow-on-the-Wold - is a delightful market town, perhaps the best known of the small Cotswolds towns.

These villages are considered to be one of the prettiest in the area and are well photographed. The village is only accessible by car.

Chipping Campden is a small market town in the Cotswold district of Gloucestershire. It is notable for its elegant terraced High Street, dating from the 14th century to the 17th century.

Hidecode Manor Garden - A famous Arts and Crafts garden, located at the village of Hidcote Bartrim, near Chipping Campden, Gloucestershire.

The beautiful and historic Cotswold village of Broadway is a memorable place to stay and a perfect base from which to tour the local area and enjoy the stunning walks. The pretty High Street is lined with horse chestnut trees and includes a mixture of period houses and picturesque honey coloured Cotswold stone cottages which have lured visitors for centuries.

Broadway Tower is a folly on Broadway Hill, near the village of Broadway, in the English county of Worcestershire, at the second-highest point of the Cotswolds. Broadway Tower's base is 1,024 feet above sea level.

A medieval market town in England�s West Midlands, is the 16th-century birthplace of William Shakespeare. Possibly the most famous writer in the English language, Shakespeare is known for his sonnets and plays such as 'Romeo and Juliet' and 'Hamlet'.

Warwick Castle is a medieval castle developed from an original built by William the Conqueror in 1068. Warwick is the county town of Warwickshire, England, situated on a bend of the River Avon.

Highclere Castle is a country house in the Jacobethan style by the architect Charles Barry, with a park designed by Capability Brown. The 5,000-acre estate is in Hampshire. Home of the 8th Earl & Countess of Carnarvon and the film location of the ITV / PBS hit show Downton Abbey.

Stonehenge is the world�s most famous prehistoric monument. It was built in several stages: the first monument was an early henge monument, built about 5,000 years ago, and the unique stone circle was erected in the late Neolithic period about 2500 BC.

Avebury is a Neolithic henge monument containing three stone circles, around the village of Avebury in Wiltshire, home to museums, a manor house and a World Heritage Neolithic site. Salisbury - Salisbury is a medieval cathedral city in the southern English county of Wiltshire. The city�s ornate 13th-century cathedral has a 123m spire, a working 14th-century clock and an original copy of the Magna Carta (the Great Charter), a key document from 1215 A.D.

A quaint village, cottages and inns dating back to the 15th century form a breathtaking backdrop, much admired by film makers. Lacock Abbey, located in the centre of the village was founded in the 13th century.

Castle Combe is a the prettiest village in the Cotswolds. Castle Combe has featured regularly as a film location, most recently in The Wolf Man, Stardust and Stephen Spielberg�s War Horse. It was also used in the original Dr Doolittle film. A Market Cross and 13th century St Andrew�s Church.